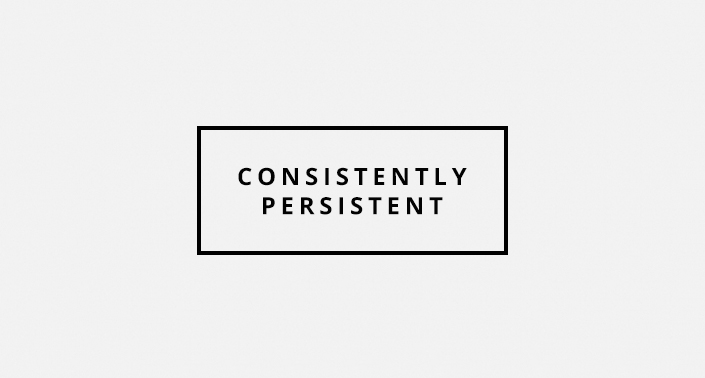 Persistent failure births success. I know the term sounds like quite an unusual thing to say, but when you understand the meaning behind it, it will make a lot more sense.

Maybe failure is the wrong word to use. Thomas A Edison quotes it perfectly “I have not failed. I’ve just found 10,000 ways that won’t work.” Sometimes we run into road blocks or problems and this is unavoidable but the choice is yours to give up or use it as a chance to give it another go. Here is a couple of thoughts about sticking through hardships and succeeding.

Success isn’t overnight, It takes time
It’s easy to look at successful people and judge the sudden spike in success and think its all luck. Really behind the scenes is years of hard work and being consistently Persistent, this is what I call ‘The Iceberg’. The Iceberg paints a perfect picture of success. It’s 10% seen successful hard work and 90% blood, sweat and tears behind the scenes. Success isn’t born over night, but years of being consistently persistent with your gift.

Passion and ambition is key
Have you ever noticed when talking to a successful person, that they’re extremely passionate? It’s a trait that all successful people share. It’s a fuel and without it you’ll burn out and fall short. Being passionate and having ambition isn’t cocky or selfish but used in the right way it can be a tool to reach your full potential. It’s in low times or failure when your passion and ambition is tested and will reveal how much you really want it.

10,000 ideas
Thomas Edison failed over 10,00 times inventing the lightbulb. He didn’t try the same idea 10,000 different times but always found a new idea to try. Don’t be discouraged by failure but use it as an opportunity to think bigger and differently. ‘The Idea’ is there, you just need to search for it.