Finding his own identity 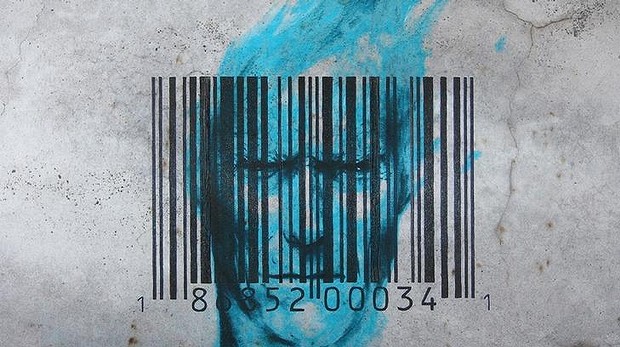 When you can boast seeing your pop Pro Hart shooting paint from a cannon or your dad David Hart splash colour across a canvas using a basketball, you know that your life is going to be bright.

Now 22, Jake says he continues to appreciate having the awesome opportunity of being exposed to such creativity at such a young age.

“Being exposed to such raw and genuine creativity definitely formed the artist I am today,” he said.

“It is great getting feedback or ideas from my family, but the best thing has been my Dad’s guidance and advice.

“His knowledge of what will work and his insight into the art world is such a blessing to have.”

As well as being surrounded by a wealth of skill and knowledge at home, Jake studied art at school, followed by a private design college before working as a graphic designer.

While art was something Jake dabbled in throughout his teenage years, he formed a real passion for expressing himself and his beliefs on canvas in his early twenties.

More recently, Jake landed the title of creative director for a well-established company in Brisbane – something which he believes has helped him further develop his style.

“Early on, my style was very much landscape and traditional, but it wasn’t until I started working as a graphic designer that my style dramatically changed and became quite experimental.

“My pieces very much have an industrial, contemporary feel because that’s the style I like.

“I’m committed to creating pieces that I love and hopefully people love my work, too.”

Jake’s identity series is his breakout as a professional artist and sees him working with his own designs printed on canvas, followed by a hand-touch that is unique to each piece.

The series is an in-depth exploration of the human condition, expressing an understanding of the pursuit of identity as a quintessentially human trait.

While Jake says he is inspired by anything and everything, his favourite artist is English graffiti hero Banksy because of the message his art portrays.

“He uses his art to illustrate world issues, thoughts and beliefs and I think that is what makes art powerful,” Jake said.

“I am currently working on a few ideas for a new piece that illustrates the importance of knowing who you are and not searching for a sense of false identity in material possessions.

“At the moment, I’m just experimenting with some new methods and excited to release it in the upcoming months.”

Looking to the future, Jake has a clear vision to sell his works all over the world and really have a voice with his pieces.

While music is his second love (he plays in a band called Citipointe Live), Jake’s passion will always be his art and he dreams of opening his own art school.

“My girlfriend Keran Berry is studying teaching and she and I are passionate about seeing young people discover their creative abilities so we would love to have a place where we can really have an impact on young people,” he said.

*Jake’s work is sold at David Hart Galleries in Noosa and Mooloolaba or online at www.jakehart.com.au.